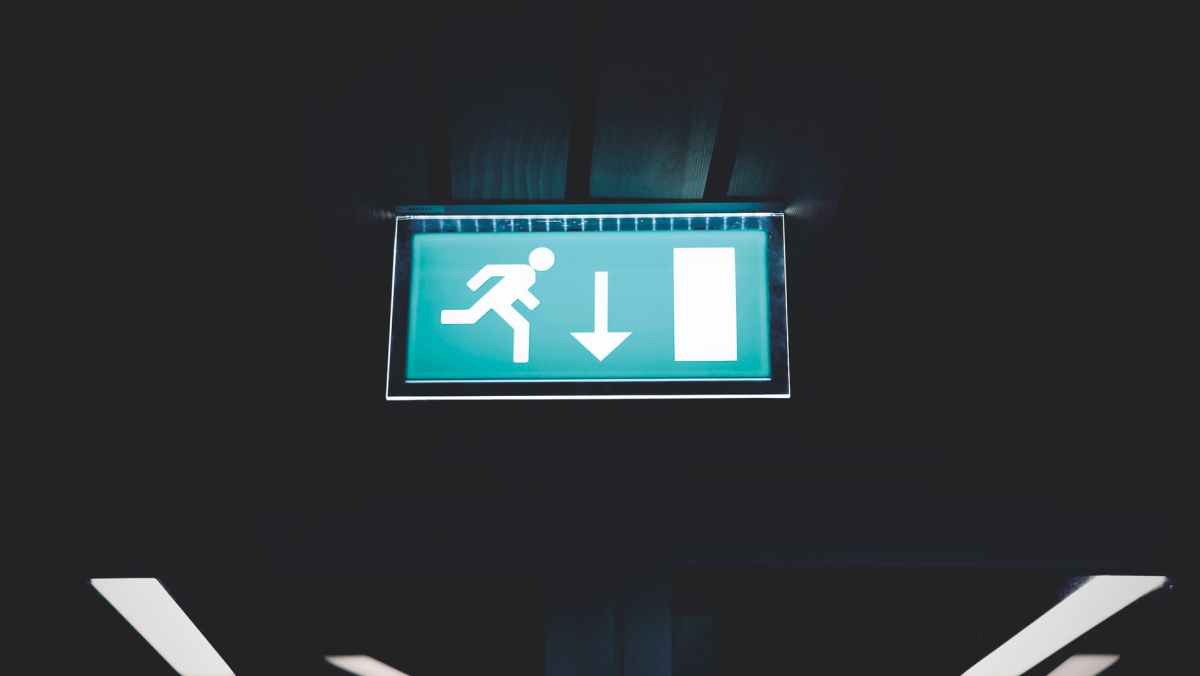 In the dim light, the curve of the pillow was soft and undulating. It gave way to shadow, which doused the recessed wall next to the fireplace. He took in these gentle textures for as long as possible, their contours like a final vestige of the dreamscape.

Then, sure enough, his alarm broke the silence and he rose from the sofa. He passed down the corridor from the living room, stopping to lean into Edith’s room, as he always did. In the thick dark he picked up soft breaths. They were both soothing yet telling of the great responsibilities that lay upon him. Some mornings he would pass by, determined not to be tied to this ritual, but he would always hurry back, irrationality telling him that this might be the one time he needed to check, the one time the breath was not there.

He splashed his face with cold water and then gathered his belongings from the hallway table. The door to the second bedroom was slightly ajar. No need to enter. For inside lay aggravation that was too complex and jarring to resolve with a few whisperings, but would need dealing with, nevertheless.

Outside, porch lights twinkled on wet car rooftops. He slid into the seat and started the engine. The dashboard lit up and he switched on the radio, quickly shifting from the news to classical music. News was never a good thing at any time of the day.

As he joined the A-road and picked up speed, a meditative state washed over him, which often seemed to occur at around 50mph. He concentrated on the tailights ahead of him as they drifted round the long curves.

By the time he reached the bridge, glimmers of blue were spreading across the sky and a thousand other cars twinkled under the floodlights of the port below.

He arrived at the park and ride with five minutes to spare. The engine was already running as he sat down and the driver was busy chatting with another from the 6.45 behind. Then they were off down the dual carriageway towards the city centre, the sky a little bluer now, belying the ragged outline of the limestone gorge that towered above.

For now, he could lose himself in the juddering motion and the river as it flurried passed the trees before the weight of work and its drudgery became an inescapable reality. 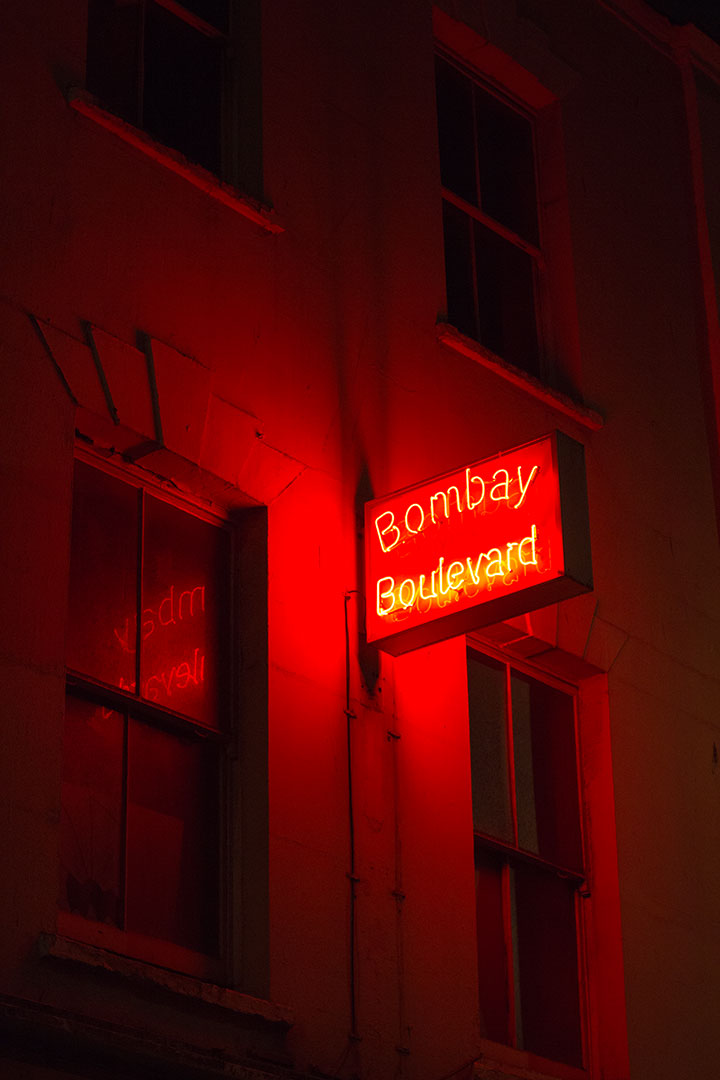 I took this picture after work while I was wandering the sidestreets of town, putting off the dreary bus ride home.
There’s definitely a scenario in there somewhere…what have you got?

A short-short about the early morning grind. 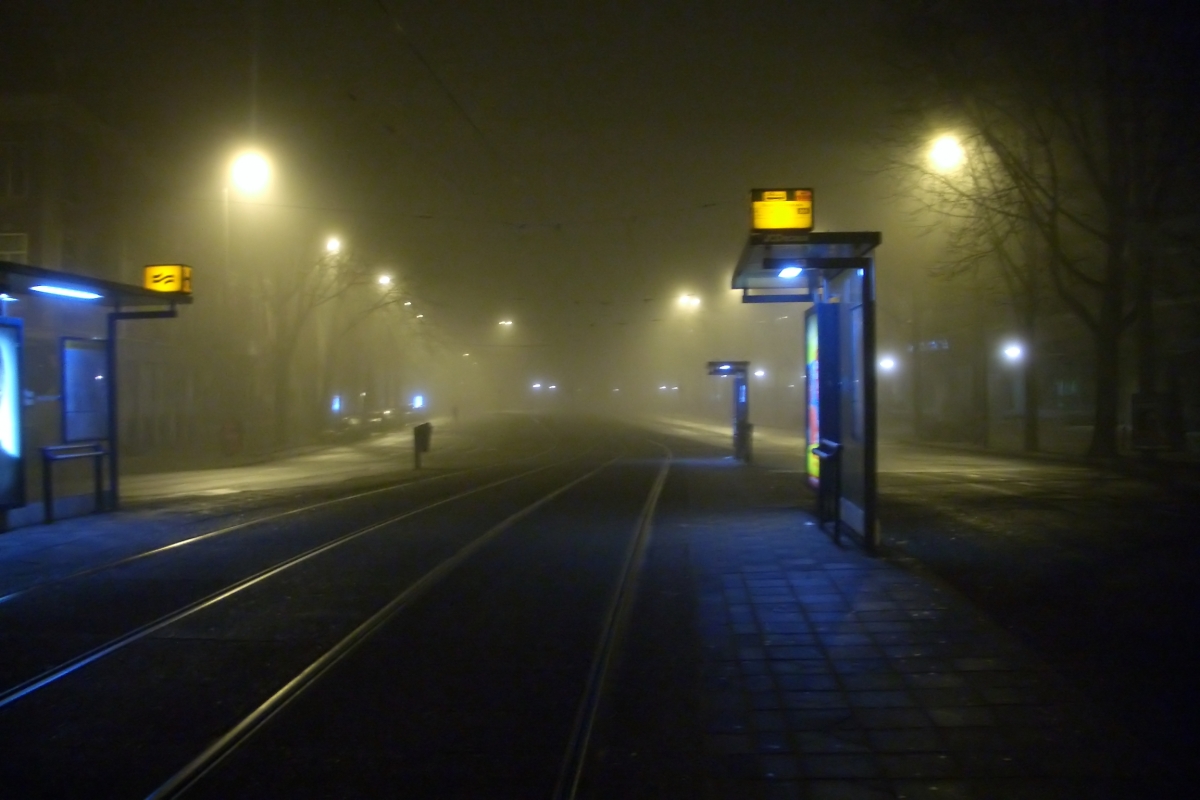 The stars gaze down at me, merciless and piercing. ‘What the hell are you doing up?” they say. “We haven’t finished our shift yet.’

Don’t I know it, I think back at them, and squint through the damp at the orange readout. 15 minutes.

A schoolboy type is standing there, collar and shoes beneath an anorak. He half-turns at my arrival, letting his peripheral do the work. Probably wondering if it’s still early enough for weirdos.

Another passenger arrives, shorter, rougher. He occupies himself with a tangle of headphones before the guitar riffs of Hotel California fill his ears. 9 minutes.

A girl in a fur-lined hood makes us four and we drill the empty road with our willpower. It conjures up nothing. Then the readout resets itself and suddenly its 2 minutes. Anticipation sets in.

When the bus finally arrives, we stumble on in single file, the driver as grim as the hour. Upstairs is all two-day stubble, black woolly hats and jackets up to the chin. I fit right in.

We lurch away and my eyes wander to finger marks, smeared across the window from the night before. Behind them, shop fronts float by, the night shift workers silhouetted against pale lighting while they mingle with lorry drivers. Up the front of the bus, the glow of brake lights is like a furnace, stoked by offerings from the daily grind.

Then a few stops along, he appears. Something about his demeanour isn’t right. His movements are too energetic and he’s blabbering away on the phone like its Friday afternoon.

Groans pass along the deck as he takes a seat. I get to work, fixing him with my best glare while others turn their heads and throw a mean glance, but he appears invulnerable. Even Hotel California has noticed from two seats back as he removes his headphones and stares incredulously at the back of the man’s neatly cropped hair. He clocks me and we shake heads in unison.

Then a lad with 5am eyes glaring out of a grey hood launches across the aisle and lamps the guy on the chin. A chorus of approval erupts from the passengers. The man recoils in his seat, before scurrying down the stairs and we all press our faces to the windows to see his freshly-pressed figure disappear into the black of the morning. 5am eyes flashes a murky grin while the driver gives it a couple of hoots. The rest of us look around at each other, snarling with satisfaction. That one needed nipping in the bud. 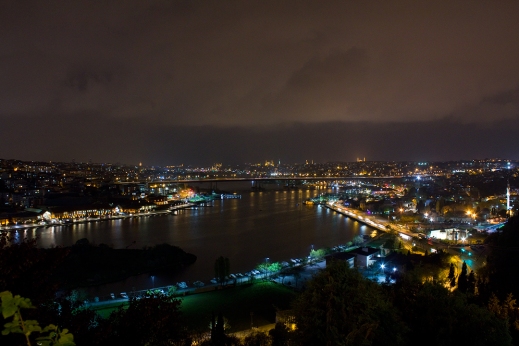 I feel drunk, except I’ve had no alcohol, only short, bittersweet glasses of tea; ubiquitous refreshment on the streets of Istanbul. It doesn’t help, however, that I’m stood up in a Dolmus, the taxi-cum-buses that chug about the city, picking up anyone anywhere who flags them down en route. My friend, Colin and I, clutch at the handrails and grin at the madness of it all as the driver bumps and jerks his way through the traffic. It’s just one more moment in a sea of experiences that have happened today and, thinking back, it’s no surprise that I feel the way I do.

First off, it was Carsamba market, with its never ending tunnels of clothes and groceries that filled up my eyes and ears with colour and chatter. Then there were the crumbling buildings of Balat that caught my imagination, an old Jewish neighbourhood, where washing lines are strung out across the streets and children roam as free as the stray cats that call the area their home. And I’m frankly still a bit fazed by the shoe-shiner who reeled us in with his thank-you-for-picking-up-my-brush routine and offered to polish our shoes out of gratitude only to snatch a 20 note from my wallet after asking for a donation. In hindsight, however, it simply added a little extra adrenalin to the mix as well as reminding me that not only am I tourist here, but a very fortunate one too.

The sheer variety of experience has been a constant as we’ve explored the ever-changing quarters of the city and by the end of each day my head has been left spinning with a heady mix of information overload and travel-inspired glee. It’s this combination that has led to such a feeling of intoxication and it’s something I know will only continue as we are dropped off at a gondola station where we await a carriage up to the Pierre Loti café overlooking the Golden Horn and the cityscape at dusk.

Tomorrow, the hangover will surely kick in as I board the plane back to England. But I’m hoping that I can take home at least some of the sense of adventure that has characterised this trip, so that I might better appreciate the colours, sights and sounds that are everywhere in my own city, albeit in a less exotic fashion. That way the trip never really ends.

(Written for the Telegraph’s ‘Just Back’ travel writing competition)